An unnamed senior military official in Israel has confirmed Wednesday that a Tuesday attack on Sudan was carried out by the Israeli military. The confirmation came after a “no comment” response from the military itself. 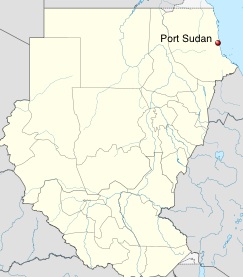 “It’s not our first time there,” the official insisted. It is presumably a reference to the January 2009 Israeli attack, which likewise was not directly confirmed by the then-Olmert government, but was confirmed by US officials. That air strike was initially reported to have killed 39 people, but the Sudanese state media later put the toll over 100.

So far the identities of the two men killed in Tuesday’s attack have not been released, but rumors saying they were Iranian, Palestinian, or some combination thereof have been swirling. Other reports say at least one Sudanese citizen was slain.

The reason for the attack likewise has not been made public. Sudanese media outlets claimed it was an Israeli attempt to keep Sudan from being taken off the list of “state sponsors of terror.” Other reports make vague mention of arms smuggling, which was also the excuse for the 2009 attack.

18 thoughts on “Israeli Official Admits to Tuesday Attack on Sudan”