Few jobs come with less security than the role of commander of the NATO occupation force in Afghanistan. Since the escalations began in earnest near the end of the Bush Administration, the role has been virtually a system of music chairs, with new commanders cropping in to take over in the wake of the failure of the previous one. 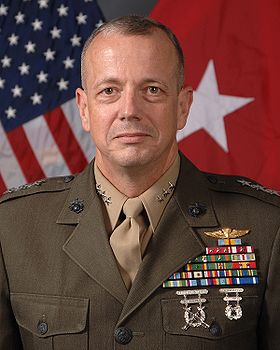 Petraeus was the third commander of Afghanistan under the Obama Administration. Gen. David McKiernan, a Bush appointee, was dismissed in summer of 2009, and a year later the administration pushed out his replacement, Gen. Stanley McChrystal, to make way for Petraeus.

The appointment of Gen. David Petraeus in early July 2010 was expected to end that. Touted as a commander who could do no wrong, officials greeted him with much fanfare and assumed that he would do what no other commander could and turn around the ever worsening situation.

With the third summer looming another change is in the works, however, according to defense officials. Describing Gen. Petraeus as “really exhausted,” they are now looking at Lt. Gen. John Allen, the deputy CENTCOM commander.

Officials are predictably high on Allen, describing him as “exactly the right person” for the Afghan War. He is in good company, of course, as all his predecessors were also heralded as game changers for the war, at least before a year in the train-wreck of a conflict left their careers in shambles.

3 thoughts on “Officials: Petraeus Likely to Be Replaced by Summer”