Reports that Gen. David Petraeus, the top US Commander in Afghanistan, accused parents in rural Kunar Province of burning their children simply to make the US “look bad” sparked considerable consternation, and what passes these days for an “explanation” from the military. 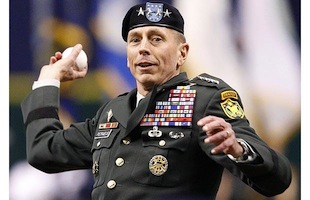 “Petraeus never said that children’s hands and feet were purposely burned by their families in order to create a civilian casualty event,” insisted spokesman Rear Admiral Gregory Smith, and here’s where the explanation falls off the rails again.

“Rather, he said that the injuries to the children appeared inconsistent with the types of munitions used and that the burns to their hands and feet may have been the result of discipline sometimes handed out to Afghan children. Regrettably this is customary among some Afghan fathers as a way of dealing with children who misbehave,” Smith continued.

At least that’s the official stance, which itself prompted an angry rebuke from Afghan officials, who insisted that the claim was “insulting and racist” and that “Afghans love their children.” President Karzai is expected to seek “clarification” of the allegations.

Of course, we should not lose sight of the fact that these “explanations” initially came out of the reports that NATO had killed 64 people, including a large number of children, in Kunar. Ultimately, however, it seems the explanations and the speculation about burning children as a matter of course may be even more damaging.