Faced with growing calls from Congressional leaders to defund the agency over corruption and a total lack of accountability, US Agency for International Development (USAID) administrator Rajiv Shah lashed Congress, warning that defunding his organization was a threat to “national security.” 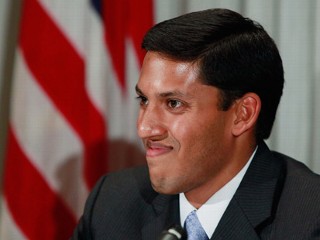 Dr. Shah insisted that USAID was vital to the continued US occupation of Afghanistan in particular, and warned that the defunding of the agency could ultimately cost more than throwing continued money at it, on the grounds that it would make the war last longer.

Though reports continue to come out about the agency’s efforts in Afghanistan not yielding very much and in many cases taxpayer dollars just flat out going missing, Shah insisted that the agency had managed to increase wheat yields in Afghanistan’s agricultural regions – though this might just be a function of the comparatively seasonable weather the past couple of years.

A large chunk of the House of Representatives’ Republican majority has already committed to supporting the defunding of the agency, and while it will likely have some supporters it seems that its only public advocates so far are those who actually work for the notoriously incompetent agency.