Speaking today from Kabul, European Union Special Representative Vygaudas Usackas mocked the notion of ending the Afghan War in 2014, insisting it was time to “be honest with ourselves” that the war will last much, much longer. 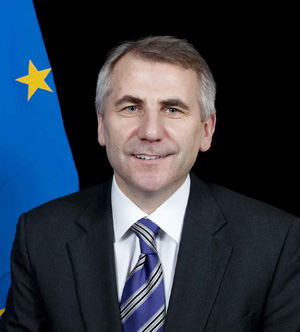 How long? Well according to Usackas, who was the former Foreign Minister of Luthuania, he believes NATO will have to commit to another 30 years of war, though he conceded that somewhere along the line, the 150,000 NATO troops could probably be reduced before then.

Usackas’ comments are certainly an eye-opener, but they are hardly unique. Despite repeated claims of vague “progress” in the war a number of officials from the US and Britain have openly talked about the war lasting another decade or longer.

It seems that nobody really believes in the July 2011 to sometime in 2014 deadline, but it is being presented to the increasingly war-weary public anyhow, because they probably wouldn’t greet admissions that the war is going to last into the middle of the 21st century with good-natured aplomb.