Members of Switzerland’s parliament are demanding the ouster of US diplomats who are believed to be involved in illegal spying activities out of their Geneva embassy, a revelation which came out of a WikiLeaks cable from 2005. 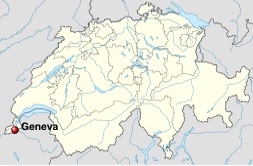 The cable, released by Norwegian newspaper Aftenposten, cited US embassy officials “checking out” a Middle Eastern-looking couple on the grounds that they were near the embassy and had the word “Islam” on a sign inside their car.

The Swiss Justice Ministry is investigating the program, and says there is evidence of the same sort of widespread surveillance out of the Geneva embassy as the US was found to be conducting in Norway and Denmark.

However while Norway eventually conceded that certain of its officials had secretly approved of the spying (while not telling the officials launching the investigation), Swiss officials say the US approached them on the possibility of launching such operations and was rebuffed at least twice. The evidence now is that they decided to go through with it anyhow.