The US Justice Department has ordered online messaging site Twitter to hand over all the tweets and data they have on known WikiLeaks supporter Birgitta Jonsdottir from November 1st 2009 through the present. 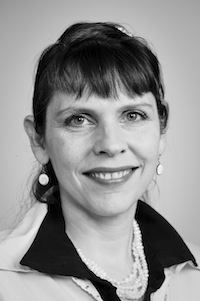 Jonsdottir, who is also a sitting member of the Icelandic Parliament, has filed legal motions to protect all of her private messages. She also says she is demanding a meeting with the US ambassador to Iceland to complain about the move, which she says is about scaring people away from having ties with the whistleblower.

Jonsdottir volunteered with WikiLeaks in the past and was involved in the release of the Collateral Murder video by the group in early 2010, which showed a classified US military video of soldiers killing Iraqi civilians.

US officials have been condemning WikiLeaks for months, up to and including calling them terrorists and calling for founder Julian Assange’s assassination. There is said to be a Grand Jury empaneled to seek charges against Assange (which appears to be an uphill battle as officials can’t even figure out if he broke any laws), but it is as yet unclear if this request is related to that.