The latest in what officials say is a growing campaign of incendiary attacks, a package addressed to Department of Homeland Security chief Janet Napolitano caught fire in a DC postal facility. The package burnt itself out and no injuries were reported. 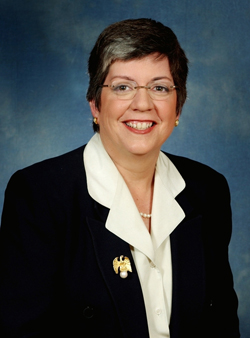 The package came just a day after two Maryland packages sent to the governor and transportation secretary also burst into flames. Officials say those packages contained a letter complaining about a highway sign calling for Maryland residents to “report suspicious activity.” There was no news yet on what today’s package contained.

Officials say all three parcels had similar labels and stamps and may well have all come from the same person. They say they are expecting more such packages to surface in the days to come.

The previous packages were said not to have contained any explosives beyond the incendiaries, and officials with the postal service say it is unclear why the package went off at the postal facility, as workers did not open it.