Speaking today in an interview with The Media Line, Yemen’s Deputy Prime Minister Adb-a-Karim al-Arhabi slammed Western media outlets, claiming they were ‘exaggerating” the threat posed by al-Qaeda and not focusing on other interesting things going on in Yemen, like the growing of fine coffee beans. 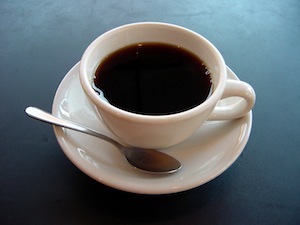 “Whatever relates to al-Qaeda is being very much exaggerated and it overshadows the image of Yemen, which is most unfair,” insisted Arhabi, who spend the bulk of the interview talking about the expansion of Yemen’s coffee industry.

US officials have been making much of the grave threat posed by al-Qaeda in the Arabian Peninsula (AQAP), the al-Qaeda offshoot based in Yemen, and committing growing military resources and aid to the country.

Indeed, while Arhabi seems keen to talk about the nation’s coffee exports, it seems likely that the US pours more money into its military role in Yemen than comes out of the country in coffee in a given year.