Speaking today on CNN’s State of the Union, White House Press Secretary Robert Gibbs insisted that the administration views its own decision to hold detainees permanently without trial “regrettable.” 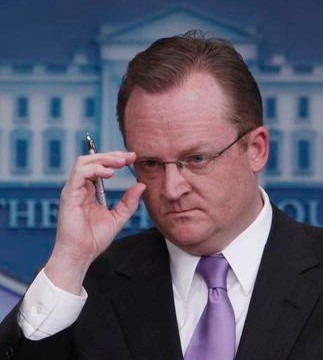 At the same time, Gibbs insisted that the detentions were vital because a lot of the detainees could not be successfully prosecuted so the president is going to simply not bother with the effort of trying to build a case against them.

In January 2009, President Obama promised to see Guantanamo Bay closed within 12 months, suggesting all the detainees could be prosecuted or released. Two years later the administration has restarted the military tribunal system and is also adopting the same stance as President Bush, that the prosecutions are only to happen if they seem convenient at the time, and if not the detentions will continue, forever if the president wants.

But Gibbs insisted that the president still intends to close the facility, and that he has the power to do so whenever he wants. The comment was intended to disavow Congressional efforts to block the closure, but seems to also suggest that the only reason the president didn’t keep his promise was that he didn’t feel like it.