The Obama Administration’s warnings that a major al-Qaeda threat against Christmas might somehow involve Thermos-brand insulated beverage containers came with the warning that anyone hoping to fly with one of the suddenly dangerous devices could expect considerable hassles at the airport. 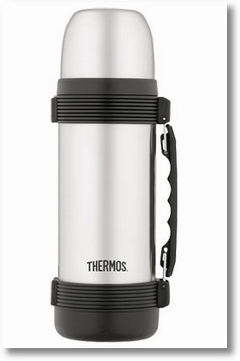 It seemed ridiculous, but given last Christmas included a failed plot to down an airplane with a pair of exploding underwear, could anything be ruled out? Probably, as officials are now conceding that the “plot” was just a random guess by the US government of what might conceivably happen.

All the hassles one can expect from trying to fly with a thermos, all of the scare stories, all of the concerns were the function of a random guess from a random bureaucrat. Perhaps worst of all, officials feel pretty good about that.

NORTHCOM head Admiral James Winnefeld defended the allegations, saying they proved the TSA is “always trying to think ahead.” It seems ridiculous, however, to imagine that the administration’s last best hope to foil a major plot is the off chance that they happen to make up a crazy plot that is the same as the crazy plot some random attacker was thinking of.