The threat of a full scale war in the Korean Peninsula seems as serious as ever, as South Korea continues with its massive live-fire drills again today, with President Lee Myung-bak promising an “unsparing” response if North Korea responded to the drills with any actions of their own. 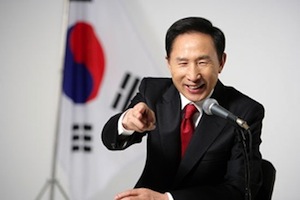 North Korea, meanwhile, threatened to launch a nuclear war if the massive drilling turned into an attack on them. Both sides appear keen on harsh rhetoric since a brief exchange of fire last month, in which both sides claim the other attacked first.

The Obama Administration condemned North Korea for its comments, insisting it was deliberately provocative. The US has promised to cooperate in whatever measures South Korea takes, including potential attacks.

Despite the administration’s usual condemnation of the North, the reality is that much of the tension over the past week has come from the southern side of the border, with President Lee repeatedly talking about the annexation of North Korea as a near-term goal.