Giving a convenient shot in the arm to the on-again, off-again efforts to pass a “food safety bill,” the Department of Homeland Security is said to be looking into a plot by al-Qaeda in the Arabian Peninsula (AQAP) to poison all you can eat buffets and salad bars. 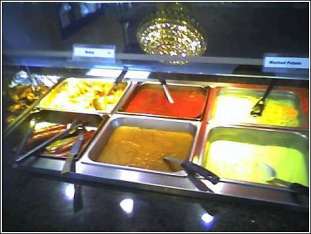 The plot, which was revealed by CBS, is said to involve slipping small amounts of poison into food at buffets, the latest in a long series of ridiculous sounding plots that have been hyped by the organization.

AQAP has been quite keen to come up with such plots and they have been eagerly reported by certain press outlets as major threats to the nation. A previous AQAP magazine article revealed the idea of welding a bunch of swords to the front of a Ford 4×4 truck and driving it into a nearby crowd of civilians.

That magazine also floated the idea of a shooting in a random restaurant somewhere around the DC area. Neither happened, but they seem to be extremely well suited to scaring the public into the idea that they are facing imminent attack at any given time.