Faced with growing efforts to censor the release of embarrassing information by WikiLeaks and armed with at best a tenuous grasp of the concept of irony, US State Department spokesman P.J. Crowley today announced that the federal government has won the right to host “World Press Freedom Day” in May of 2011, and that the event will be held in Washington DC. 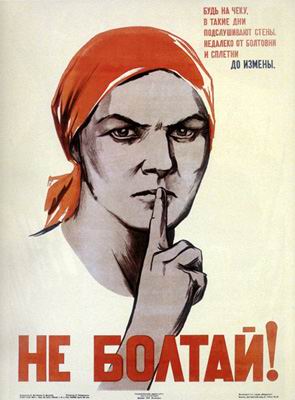 In his official statement Crowley said the move would prove the US commitment to “expand press freedom and the free flow of information in this digital age,” but comes at a time when the State Department is not only championing the attempt to silence the release of classified cables showing a variety of crimes by officials.

Indeed, it was just days ago that the State Department openly warned students at a major US university that if they intended to have any sort of future career they had better not read or discuss the WikiLeaks releases, and a spokesman warned that discussing the leaks would be a “bad move” for any US citizen.

If after only a week of such releases (amounting to less than half of a percent of the overall leak) officials are already openly warning the public against even mentioning the leaks in polite company (and the politically ambitious are openly calling for the assassinations of media members responsible for the leaks), one can’t but wonder what position the freedom of the American press, or indeed the press in the Western world will be in by May. After another five months of this it may well be all but impossible to even cover the event.