With over a quarter of a million WikiLeaks documents coming to light today a number of previously stalled stories are being given new life, including the bungled kidnapping of German citizen Khalid El-Masri and his subsequent abuse in US custody. 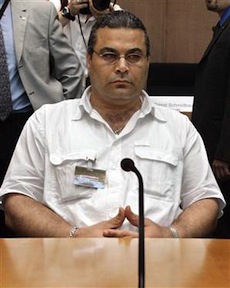 Masri was kidnapped in early 2004 by CIA officials and sent to Baghdad and later Afghanistan, where he was repeatedly abused before officials finally discovered that they meant to kidnap Khalid al-Masri, an entirely different person with a similarly spelled name.

A 2007 State Department document revealed the US “warned” the German government against making any moves to secure the arrests of the CIA agents responsible for the kidnapping, saying any such move would have “repercussions” to the relationship between the two nations.

German officials, according to the document, conceded that they understood the possible diplomatic consequences but also warned hat given the outcry from the German media their options were limited. The US admonished them to consider the “political context” of the kidnapping of the innocent man.

Despite the warnings the German government did issue Interpol arrest warrants for CIA officials involved in the kidnapping, though they dropped them a few months later. El-Masri attempted to sue the CIA over his torture in a US court but the case was thrown on “national security” grounds.

2 thoughts on “US ‘Warned’ Germany Over Bungled El-Masri Kidnapping”