The Department of Homeland Security has launched a major seizure of a large number of domain names over the past two days, nominally a crackdown on “piracy” but also targeting a number of online stores carrying unrelated goods. 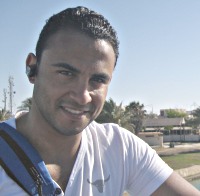 The sites, including online stores like nfljerseysupply.com and cheapscarfshop.com, had their domain names rerouted and their pages replaced with a warning from the Department of Homeland Security saying they had been seized by the department’s Immigration and Customs Enforcement (ICE) agency for trafficking in “counterfeit goods.” ICE declined to offer any comment beyond saying the seizures were approved by a court.

One of those who had his site seized, Waleed A. GadElKareem, said his site was seized without any prior takedown notices or specific allegations of infringing activity. The sites domain name was simply changed without his knowledge and without the knowledge of his registrar. GadElKareem’s site, torrent-finder.com was said to have been operating in Egypt and included no direct links to any infringing content, though it did include the ability to download a Firefox toolbar, still available through Mozilla.org, which allowed users to search torrent sites linking to such content.

All told scores of sites were said to have been seized in this manner, and they were by and large clothing sellers. An interesting sidenote is that the seized websites are apparently using Google Analytics to track the demographics of visitors to the domain names.

Privacy advocates have expressed concern about the growing claims to power by the Obama Administration over the Internet, and the fact that at least one of the seized sites was operated overseas and seized without contacting the owner is likely to add to concerns as a growing number of governments the world over gain this power, all of which have very different ideas of the sorts of sites they’d like to see shuttered. On this topic the British government is seeking and expected to soon gain the power to seize domain names on their own, whenever they suspect the domain name is “associated with criminal activities.”