Faced with the prospect of large numbers of people refusing the invasive “screening” measures they’ve implemented this holiday season, the TSA is hoping to fight back with threats of fine and arrest. 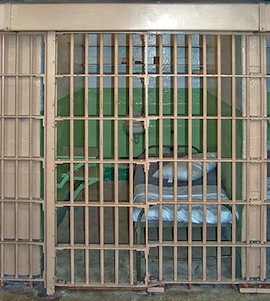 “Once a person submits to the screening process, they can not just decide to leave” warned Sari Koshetz, a TSA spokesperson. TSA officials say that anyone refusing both the “full body scanners” and the “enhanced pat down” procedures will be taken into custody.

Once there the detainees will not only be barred from flying, but will be held indefinitely as suspected terrorists, face fines of up to $11,000 and may also be turned over to local police. One sheriff’s office said they were already preparing to handle a large number of detainees and plan to treat them as terror suspects, held until they are convinced they don’t pose a terror threat.

The TSA genital “patdowns” have led to threats from some local prosecutors to charge them with sexual assault, but the TSA has shrugged off public outcry over the measures and seems more intent than ever on cowing the public into submission.

106 thoughts on “TSA: Travelers Who Refuse Scanning Can’t Leave, Will Be Fined”