Faced with growing Russian opposition to the program and the reality that the hugely expensive shield is far outside the range of Iran’s best missiles, NATO Secretary General Anders Fogh Rasmussen defended the program as a general concept. 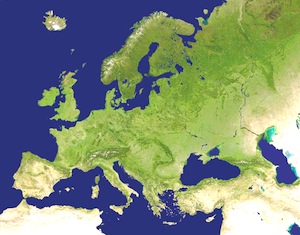 “More than 30 countries have or are aspiring to get missile technology,” Rasmussen insisted, adding that there was no reason for the missile defense shield to have any specific target for the program.

The Obama Administration has been continuing the Bush Adminstration’s general policy of putting its missile defense apartus along the Russian frontier, with missiles deployed in Poland virtually within walking distance to the Russian exclave of Kaliningrad.

Which has irked Russia, and led to US officials repeatedly insisting that the missile defense is something to do with Iran. The fact is, however, that the Iranian government’s best missiles have ranges that are far from the sites of the US deployments. Which has led Russia to insist that the claim is false.

The “lots of people want missiles” argument isn’t likely to convince Russia, however, nor will it be seen as a particularly good reason to spend billions of dollars on the iffy technology of the missile defense program. Rather it seems the excuse was aimed at avoiding the difficult task of justifying the program.