US Principal Deputy Assistant Defense Secretary for International Security Affairs Joseph McMillan, in comments today in Algiers, claimed that the US prefers to see foreign military intervention as a “last resort” in the global war on terror. 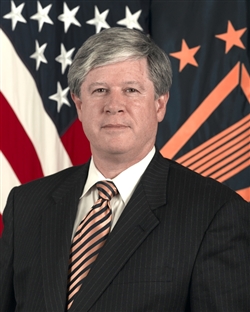 “It is my view that the problem of terrorism is best dealt with by the countries that are the most affected. Intervention by outsiders, especially the use of force by outsiders, needs to be a last resort,” insisted McMillan.

This may come as something of a surprising position for a top Pentagon official to take, given the amount of direct intervention and use of force the US is currently engaged in across the planet, but seemed centered at reassuring the nations in the region of US support, though not direct military interference, in the battle against al-Qaeda in the Islamic Maghreb (AQIM).

This is likely more a pragmatic position than an ideological one, as the US is already fighting two major wars in Iraq and Afghanistan, is dramatically escalating its fight against al-Qaeda and other militants in Pakistan and gearing up for an increasing battle against al-Qaeda in the Arabian Peninsula (AQAP). Between this, the long-standing US military presences across the globe and the constant threats to attack Iran, the Pentagon simply wouldn’t have the manpower to spare to have troops roaming the Sahara hunting AQIM. At the moment officials prefer to just throw money at the nations in the area and let them tackle the issue as best they can.