Former President George W. Bush may feel quite comfortable with bragging about his support for “waterboarding” and may even believe, as he claimed, that he single-handedly saved Britain in doing so. But he seems to have forgotten why his administration was comparatively secretive about the practice in the first place. 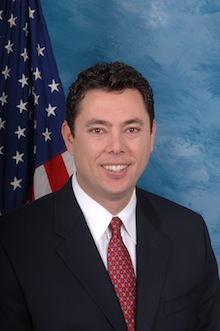 This is because internationally waterboarding is recognized as torture and the practice has been banned. President Bush’s comments, in his newly published memoirs, then amount to an admission of an extremely serious international crime, and it is one that many are taking quite seriously.

Rep. Jason Chaffetz (R – UT) even said he was willing to participate in an official Congressional probe of the former president’s torture. This may be a tough sell for many longer serving officials, who have their own culpability to worry about but Chaffetz, elected in 2008, says he was not elected to protect the Bush Administration, and his votes against the Afghan War suggest he is more than willing to defy party pressure.

A number of human rights groups have also been quick to call for the prosecution of the former president on the basis of the admissions in his book, with Amnesty International warning that the US has an obligation under its international agreements to prosecute Bush for torture. Bush insisted that his legal adviser assured him waterboarding wasn’t technically torture, but it seems that this claim may eventually be tested in Congressional probes, or in a court of law.