Speaking today at the Jewish Federations of North America meeting, US Vice President Joe Biden vowed eternal support for the Israeli government, insisting US support for the nation would continue no matter what Israel does “forever.” 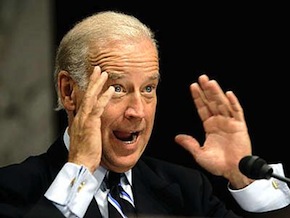 “The ties between our two countries are literally unbreakable” insisted Biden, adding that policy disagreements with the far-right government will never be “fundamental” and will never have any affect on ties. Biden insists President Obama “feels exactly the same way.”

The comments were largely in keeping with a number of top US officials over the past few decades who have pledged eternal fealty to Israel regardless of the relative merits of that government’s position on any given issue. Biden’s position is therefore a politically safe one, but is it an obsolete one?

Perhaps. Israeli Prime Minister Benjamin Netanyahu gave a speech at the self-same gathering yesterday and was heckled off stage by attendees outraged by his government’s policies. Israeli Ambassador to the US Michael Oren chided American Jews, insisting it was their duty to support Israel unquestioningly. This claim however whiffed of desperation, and there seems to be concern on the Israeli right that policy disagreements really are forging a growing rift with its traditional allies.

Given the excitement at the conference during Netanyahu’s speech, Biden’s loyalty pledge must seem extremely quaint, albeit not particularly topical. Claims that Israel can’t hurt US ties no matter what they do are going to be less and less credible as what their government does becomes increasingly publicized and increasingly embarrassing for US officials.

25 thoughts on “Biden: US Support for Israel Must Continue ‘Forever’”