An organization representing Iraqi Christians today issued a call for the Iraqi government to accept the establishment of an autonomous region for the nation’s Christian minority, carving out part of the Nineveh Province and bordering Iraqi Kurdistan, the first such autonomous region. 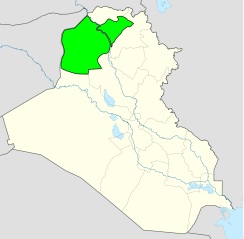 Iraqi Christians have an ancient history but have come under growing attack since the 2003 US invasion. As many as half of the nation’s Christians are believed to have died or fled into exile. The region in question includes a large number of Iraqi Christians, but has also been singled out as a target of annexation for the Kurds.

The call underscores a growing splintering of Iraqi society as the national government has become dominated almost exclusively by Shi’ites. Increasingly the provinces dominated by Sunni Arabs have established strongly autonomous (and anti-national government) positions, as of course have the Kurds.

Prime Minister Nouri al-Maliki has demanded ever increasing power as the nation’s executive, and the incoming government is expected to also grant Shi’ite clergy the ability to issue binding edicts. While this seems to sit well with the nation’s Shi’ite majority it will undoubtedly increase these calls for autonomy and, after seven years of war which has eliminated most “mixed” neighborhoods, it will be increasingly easy for the communities to exercise independence.