At least 70 people and possibly many more were killed today in a pair of major NATO air strikes against what NATO are calling “insurgent” targets. Locals launched public protests in the wake of the attacks to complain over civilian deaths in the strikes. 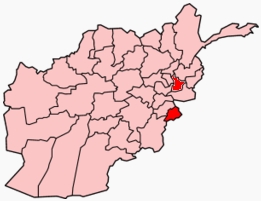 NATO denied that any civilians had been killed in either while protesters said that most or all of the victims of the Laghman strike were actually innocent civilians. Taliban spokespeople denied having any forces in the area as well, suggesting civilian deaths.

The other strike in Khost Province targeted people trying to cross the border between Afghanistan and Pakistan. The identities of these people aren’t known either, but while NATO said they killed 42 “suspects” in the strike, the provincial police chief said NATO had actually killed as many as 200.

Since Gen. David Petraeus took over in Afghanistan the number of air strikes has been increasing, and so have the number of civilian deaths. Shortly before last week’s election NATO launched an air strike against a vehicle convoy which they assumed to be “insurgents” but which later turned out to be campaign workers, killing 10 and wounding a candidate for parliament.

8 thoughts on “More Than 70 Taliban, Civilians Killed in 2 Airstrikes”