At least one protester is dead in the Afghan city of Faizabad today, in Badakhshan Province, after NATO troops opened fire on a rally of some 10,000 demonstrators who were protesting against the planned (albeit possibly suspended) quran burning in Florida. 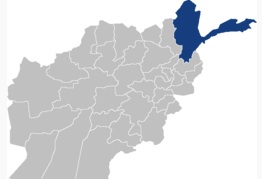 According to reports some of the protesters threw stones at the exterior of a German military base in the city, prompting troops inside the base to open fire on the crowd. It was unclear if there were other injuries in the attack beyond the one confirmed death.

US officials have been complaining about the planned quran burning all week, with the Pentagon calling the Florida pastor to warn him that he had better not go through with it. Still, the “threat” it poses to American troops likely pales in comparison to the threat these continued civilian killings pose.

NATO has promised an investigation into today’s killing, but has so far declined to identify the nationality of the soldiers who attacked the rally. If they turn out to be German troops, however, this will likely spark another massive controversy over the war in Germany, which is still reeling from its soldiers’ involvement in the massive Kunduz death toll.