Back in the US after a high profile visit to the warzone, Rep. Rick Larsen (D – WA) condemned Afghan President Hamid Karzai, saying that he came out of an hourlong private conversation with the US-backed president “disturbed.” 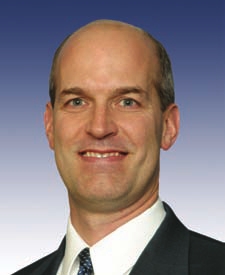 Larsen insisted that Karzai did not appear serious about tackling corruption and that he blames everyone but himself, summing up the president’s view as “nothing is Hamid Karzai’s fault.”

Larsen spent the bulk of his summary praising the Obama Administration for the escalation of the war in Afghanistan as well as for the pledge to eventually withdraw the troops from the nation, saying he was “reasonably assured that Afghanistan will not be a safe haven for al-Qaeda.”

Officials in the Karzai government have angrily condemned the calls to fight corruption, with National Security Adviser Spanta calling it a “bad joke” and insisting that it is a distraction from the “central issues” of the war.