In a letter to the Senate Armed Services Committee, SOCOM commander Admiral Eric Olson has warned that the wars in Iraq and Afghanistan are significantly hurting the ability of his forces to hunt for weapons of mass destruction. 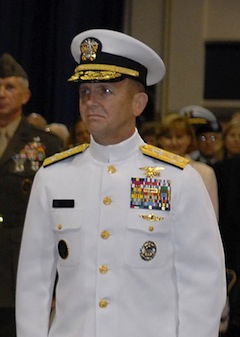 Fewer commandos are available for such hunts, Olson warned, because so many of them are committed to fighting these wars. He warned that the threat of terrorists getting WMDs “is greater now than at any other time in history.”

Olson had previously expressed hope that the effort could “be redoubled” as those wars wind down. But with the Afghan War seemingly lasting forever and the growing prospect of US troops staying in Iraq past 2011, it seems SOCOM will be fighting wars for quite some time.

SOCOM special forces have been seen in particular as being active in Afghanistan, where they are credited with having killed 365 “top Taliban commanders” in the past three months alone. Due to their secretive nature, however, it is unclear how many are deployed where.

3 thoughts on “Top US Commander: Wars Hurting Hunt for WMDs”