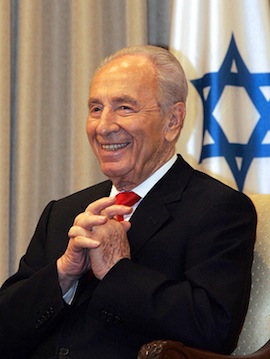 Amano’s visit was presumed to be part of his overall goal to pressure Israel to join the Nuclear Non-Proliferation Treaty (NPT), but instead his visit became, as so many official visits to Israel do, all about Iran.

Which of course isn’t true, because Iran doesn’t have nuclear weapons. Israel and a few allies have claimed Iran might be trying to develop the technology that would hypothetically allow them to develop a nuclear weapon in the future if they wanted to.

But Iran of course has been denying this, and has certainly never “threatened” to use nuclear weapons. Indeed, Iran’s Supreme Leader Grand Ayatollah Ali Khamenei issued a fatwa against the nation even possessing such weapons.

Israel, on the other hand, is known to possess the only nuclear arsenal in the Middle East and is also the only nation in the region which is not a member in good standing of the NPT. This was supposed to be the goal of Amano’s visit as, after all, the IAEA is pressing to create a nuclear-free zone in the Middle East.

17 thoughts on “Israeli President: Iran Threatens to Use Nuclear Weapons”