Top NATO officials are constantly warning that the most important part of their long term war strategy in Afghanistan must include avoiding killing civilians and building up the nation’s police force, but they appear to have failed on both counts yesterday, launching a pair of attacks that killed three police and three civilians. 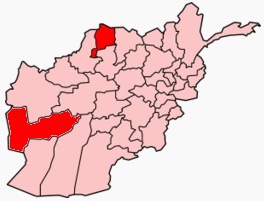 Meanwhile in the northern Jowzjan Province NATO helicopters were called in to attack “insurgents” that the area. They fired a hellfire missile which killed at least three police and wounded several others.

In both cases NATO officials expressed “deep regret” for the killings and promised “step-by-step investigating into what went wrong.” The attacks were just the latest in a series of strikes throughout the week that left a number of civilians dead.