It was another of those great TV moments. Embedded reports filming as the “last” brigade of American troops in Iraq cross the border into Kuwait bringing over seven years of unhappy conflict to its final, conclusive end. America was, at last, at peace. 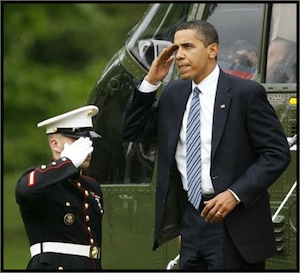 But like so many other great TV moments, this one was a scripted fantasy, a fake exit done purely for political gain by an increasingly unpopular president trying to look like he is keeping at least one campaign promise.

It was perhaps a different sort of scripted, mythical end to the Iraq War than the last one, the May 1, 2003 “Mission Accomplished” speech of President Bush, but it was no more real, as over 50,000 US troops remain on the ground in Iraq tonight.

The “end of the war” may bring some measure of relief to the American people, but it must be something of a sombre moment for those 50,000 troops, as they continue to go into combat operations with the bulk of the American public believing, because their president told them so, that the war is over and combat operations have ended. 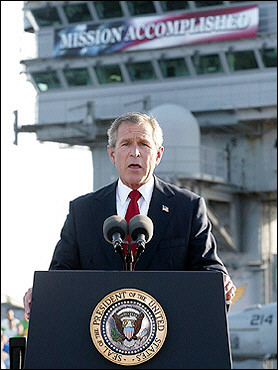 Officials have been pretty straightforward about what really happened, not that it has been picked up by the media, which has preferred the more pleasant narrative of a decisive military victory. Instead, the US simply “redefined” the vast majority of its combat troops as “transitional troops,” then removed a brigade that they didn’t relabel, so they could claim that was the “last one.” Even this comes with the assumption that the State Department, and a new army of contractors, will take over for years after the military operations end, assuming they ever do.

And it worked, at least for now. All is right with the world and the war is over, at least so far as anyone could tell from the TV news shows. But as violence continues to rise across Iraq, and July saw the worst violence in over two years, it will likely be difficult for the Obama Administration to keep this war a secret for much longer.

39 thoughts on “US Announces Second Fake End to Iraq War”