After several months of negotiations, the German government has finally come to terms with a compensation deal that most of the families of the 102 civilians killed in a September 2009 Kunduz air strike appear to be satisfied with. 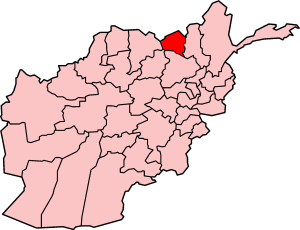 Under the deal the German military will pay $5,000 each, or a total of about half a million dollars, to he families of the victims. They emphasize, however, that the payment is not an acknowledgment of guilt for the killings, but was purely voluntary.

In early September, a German colonel ordered a US air strike against a pair of hijacked and immobilized fuel tankers, claiming they were a “threat.” They also assured the US war plane that no civilians were anywhere near the site. The US attack led to a fireball that killed a massive number of civilians, who were said to be siphoning fuel out of the tanks at the time.

The attack and the failed cover-up of Bundeswehr culpability was something of an eye opener for Germany, as the government had heretofore denied that there was even a war going on in Afghanistan, let alone one where German forces were getting large numbers of civilians killed. The resulting politcal turmoil led to the resignation of a number of key German military and governmental officials.

While some of the victims’ families were pleased to see at least something happen nearly a year after the killings, a number of lawyers expressed annoyance that the Bundeswehr declared the situation outside of the negotiations and reportedly went behind their back in testing the waters for the deal. Since no culpability was admitted, some say they expect clients will want to continue with legal action over the killings.