In an interview with the Guardian today, former Iraqi Foreign Minister Tariq Aziz slammed President Obama’s Iraq “drawdown” strategy, declaring “Obama is a hypocrite. He is leaving Iraq to the wolves.” 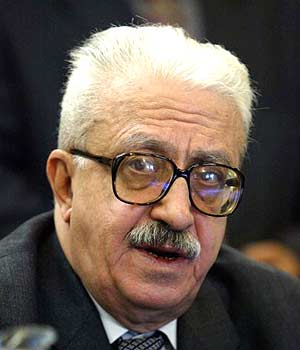 Still in prison over seven years after the US invasion, Aziz maintained he was not responsible for any of the crimes of the previous government, insisting he did everything possible for his government and was only “guilty by association.”

Aziz remained critical of the Bush Administration’s invasion, insisting it was primarily aimed at deterring Iran, but said his hopes that President Obama would change the policy markedly had led to disappointment.

Aziz is currently about half way through a 15 year prison term, but is facing other possible charges and as one of the top ranking living Ba’athists it seems unlikely the Iraqi government, unless it makes a dramatic shift, will ever allow him to go free.