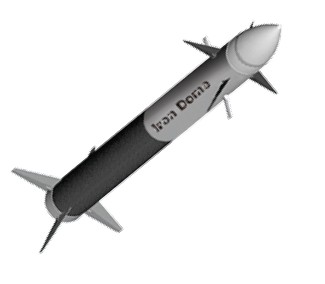 The two existing batteries will be deployed to Israel’s Air Force in November, but whether any more or created will depend largely on how many the United States Congress is willing to buy for them, as the Israeli Army is said to be balking at the prohibitive cost of the systems.

Israel’s Army had already decided to drop the system in the first place, having decided that $50,000 per missile was far too much to pay to shoot down the short range rockets it was designed to tackle, which themselves only cost a few hundred dollars to produce in quantity.

The Obama Administration has already convinced Congress to throw $205 million in additional funds at the program, which is being funded above and beyond Israel’s normal billions in US military aid, but exactly how many of these batteries that will produce, and whether they will actually be put to any use, remains to be seen.

Despite being couched in US debates as a hedge against Iran, the “Iron Dome” is useless for this purpose, as it is not designed to handle the long range missiles that would result from an Israeli war with Iran. Rather the system is designed to shoot down the clumsy rockets eminating from the Gaza Strip, rockets which themselves only rarely manage to hit anything other than empty fields.