Rep. John Conyers (D – MI) says that Bush Administration Assistant Attorney General Jay Bybee admitted in a Judiciary Committee interview that the Justice Department had not authorized some of the interrogation techniques used by the CIA. 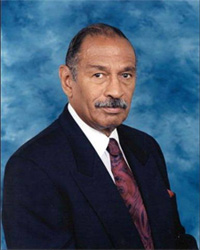 Committee members had asked Bybee about practices like sleep deprivation and dousing the detainees with cold water, to which Bybee responded that the Office of Legal Council, which he headed at the time, had never authorized such techniques nor issued any legal opinions about them.

Bybee’s office was given lists of “assumptions” about planned techniques to be used in interrogations, and he insists that none of these lists ever contained any of these techniques, though officials now say that all of them have been used.

Rep. Conyers says the revelation is “highly relevant to the pending criminal investigation of detainee abuse.” Evidence about the mistreatment of detainees has continued to emerge in recent months, though so far the administration appears reluctant to take any serious action about it.