Long missing Iranian scientist Shahram Amiri has finally emerged publicly after over a year of speculation as to his whereabouts. Incredibly enough, and giving a big boost to those who claimed he was kidnapped by Western spy agencies, Amiri showed up at the door of the Pakistani Embassy in Washington DC (which houses the Iranian interest section) asking for help in returning to Iran. 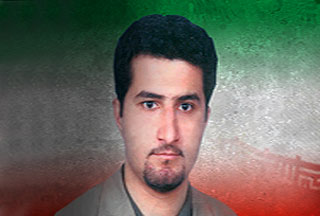 Amiri, a nuclear scientist at a Tehran university, disappeared last summer during his pilgrimage to Saudi Arabia. Iranian officials claimed Amiri had been kidnapped by the United States and with the help of Saudi Arabia. For months the US State Department declined having ever heard of the incident.

But earlier this year media reports, citing unnamed US officials, claimed that Amiri had “defected” and has helping the CIA to uncover the truth behind Iran’s civilian nuclear program.

This was accepted as the truth until this summer, when videos started to emerge of Amiri claiming he was being held against his will. Somehow it seems Amiri managed to make his way across the US and arrive safely at the Pakistani embassy.

The revelation is a significant embarrassment for the US on a couple of levels, as it shows not only that they apparently did kidnap the scientist but that they lied about it. The US official response at the moment is that Amiri was “just visiting” the United States for the last 14 months, which does not, of course, explain why he is hiding in an embassy begging for help to leave the country and return to his homeland.

State Department officials insist that Amiri is “obviously free to leave” the country whenever he wants. Though the US could have in practice kept Amiri trapped in the Pakistani embassy indefinitely, the political cost of doing so likely would have been significant.