According to the FBI Juan Lazaro, one of the 11 people which are being accused of being Russian spies, has confessed to constructing a fictitious identity but has refused to reveal his actual name, citing loyalty to the Russian intelligence service he evidently works for. 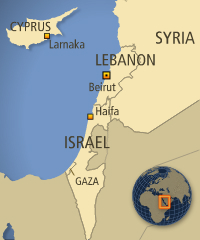 Lazaro and 9 other detainees are being held on a variety of immigration and procedural charges, but despite the criminal complaints detailing what could charitably be called an elaborate conspiracy, but might more reasonably be called a needlessly convoluted wild goose chase, none of them has actually been charged with spying.

According to lawyers, details of the charges suggest that the “spies” at best had managed to infiltrate American society as far as PTA meetings and a few cocktail parties in suburbs along the East Coast.

The evidence against Lazaro, in fact, appears to be that an FBI bug at one of these random cocktail parties heard him tell his wife about his family fleeing to Siberia during the second world war.

The 11th suspect, Christopher Robert Metsos, remains at large, having been bailed out after his arrest in Cyprus and vanished. It is unclear if he even remains on the island, and officials have condemned the Cypriot court for bailing him in the first place.