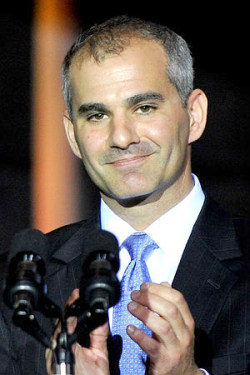 I think it would be wholly irresponsible for individuals like me, or Leon Panetta, for Secretary Gates and ultimately the president, not to at least think about and potentially direct all elements of national power” against him, Leiter insisted.

“A police officer doesn’t ened a court order to defend himself,” Leiter said, adding that “the US government has the same right of self-defense internationally.” Awlaki is the first US citizen to be confirmed to be on the federal government’s assassination list.

Yet despite repeated claims from officials that the cleric is a major terrorist threat, the administration has never charged Awlaki with any crimes, and has never provided any evidence for his complicity in the Christmas Day attempt.

But the evidence is really beside the point in this case, as the United States’ most recent attempted assassination of Awlaki came on December 24, an attack which killed a number of civilians, but not Awlaki. How then can the failed airplane bombing, which happened a day later, be used as legal justification for that attack?