The United States has charged 11 people living on the East Coast as being Russian spies, dispatched on a multi-year mission to “become sufficiently Americanized” and then make contact with US policy makers so they could funnel information to Russia. 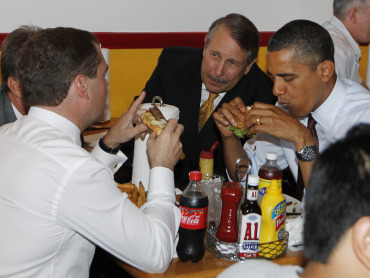 10 of the 11 have already been arrested, one is said to remain at large. They are charged with conspiracy, spying, and in at least one case, with having “established contact” with an unnamed but high-ranking national security official.

Officials said the conspiracy has been going on since the 1990s, though exactly what information they were able to acquire, beyond something related to a never created nuclear bunker-buster weapon, is unclear so far. The 11 face prison sentences from 5-20 years.

Many of the accused were married couples who were said to have been given “American sounding names” so that they would blend in well, One of them was duped by a fake Russian contact, actually an FBI agent, who was said to have given her $5,000 cash and told her to hide it. After hiding it, she was arrested.

The arrests unfolded last week, and officials say President Obama would have almost certainly been informed at the time. It is unclear, however, if the president discussed the incident with his Russian counterpart during their much vaunted “hamburger time” diplomacy.

2 thoughts on “US Charges 11 as Russian Spies”