Australian-born Wikileaks founder Julian Assange, it was reported today, had his passport briefly seized by officials when he arrived at Melbourne Airport. 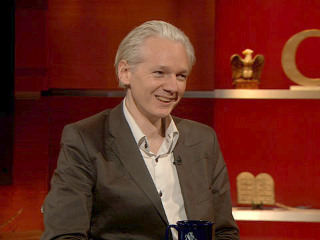 Assange, whose work with the whistleblower website has often made him a target, was initially told his passport looked a bit worn, at which point it was seized by police. Immigration officials later told him his passport was going to be canceled.

Though his passport has been returned and officials say he is currently allowed to leave the country, police rummaged through his bags and questioned him regarding a 1991 conviction for computer hacking, when he was a teenager.

Australia’s Federal Police have been investigating Assange over the leaking of a list of websites banned in Australia, which was published on Wikileaks, though they later insisted the case had been dropped.