According to Attorney General Eric Holder, the Obama Administration is now looking to modify the Miranda Rights given to certain suspects so as to allow “greater flexibility” in their interrogation.

“We’re now dealing with international terrorists,” Holder insisted, adding “and I think that we have to think about perhaps modifying the rules that interrogators have and somehow coming up with something that is flexible and is more consistent with the threat that we now face.”

Currently the Miranda warnings have only a narrow public safety exception, allowing police to hold off the administration of the warning if there is an imminent threat. It is unclear how far the administration intends to take its “modifications,” but they seem to seek at least the ability to conduct a full interrogation of the suspect before telling him that he isn’t legally obligated to submit to that interrogation.

The issue has been renewed with the arrest of terror suspect Faisal Shahzad, a US citizen accused in the failed Times Square bombing. Sen. John McCain (R – AZ) and others have argued Shahzad should not be given his Miranda Rights at all, and some, including former NYC Mayor Guiliani, say Shahzad should have simply been turned over to the military for interrogation, even though he was a US citizen on US soil and his alleged crimes have nothing specifically to do with the military. 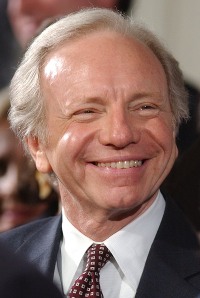 Sen. Joe Lieberman (I – CT) takes it even farther, arguing that instead of quibbling over what rights Shahzad has as a US citizen, it is safer to just strip him of his citizenship outright then deal with him as a foreign national. Lieberman actually claimed this was a moderate position, as President Obama has already claimed the right to summarily assassinate US citizens without judicial oversight.

In the face of these calls, the Obama Administration can likely argue for a revision of the Miranda Rights that would greatly expand the President’s power while claiming it too is a moderate or compromise position because it doesn’t go to the extreme lengths some call for.