Privacy concerns are taking a back seat to a massive power grab again as top Congressional Democrats are proposing to institute a national ID card under the guise of “immigration reform.” 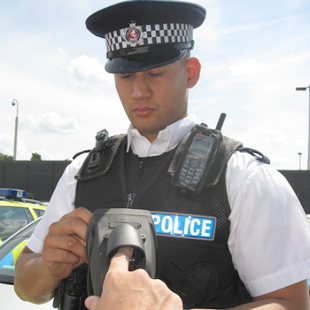 The proposal (pdf) insists that the government can “end illegal employment” by requiring every worker in the country to carry a biometric ID card including fingerprint data with them at all times. The bill insists that the ID card would “prevent future waves of illegal immigration.”

Called the “Believe” System, the plan would have every employer required to check the validity of the ID card with a digital scanner before they would be allowed to hire anyone. The proposal drew quick condemnations from a number of civil libertarians groups, unsurprisingly.

But Sen. Dick Durbin (D – IL) expressed confidence that Americans would accept the measure, adding “now we live in a world where we take off our shoes at the airport and pull out our identification.” Americans have been cowed by threats of terror into all manner of travel restrictions, but will the specter of illegal immigration work the same wonders for this latest government program?

It is unclear, but it seems the Democratic leadership is willing to bet the answer is yes. Unthinkable not so many years ago, the growing calls for the federal government to do “something,” no matter how unwise, about immigration has made a national ID card proposal politically safe.