Despite increased calls from European officials to remove them, the United States today ruled out moving its hundreds of “battlefield nukes” from Europe, insisting that they must remain to ensure that Europe shares the “nuclear risks and responsibilities.” 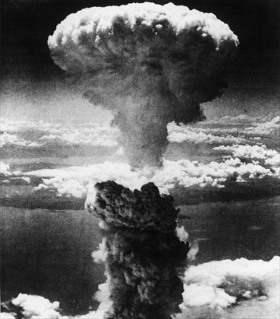 The comments came in response to an open letter from a number of high ranking European officials, who said that the nukes were a Cold War relic with no practical value and were just a constant danger. They are also in conflict with President Obama’s ostensible hope for nuclear disarmament.

NATO Chief Anders Fogh Rasmussen defended the US position, saying the nukes remain “essential” as a deterrent. What the nations of Europe are supposed to need hundreds of nuclear weapons as a deterrent against, however, is unclear.

German FM Guido Westerwelle says that the withdrawal of the weapons would be a “peace dividend,” while his Polish counterpark Radek Sikorski added that there were “far too many” nuclear weapons in Europe.

7 thoughts on “US Rules Out Removing Its Nukes From Europe”