Syria today issued an angry denial to Israeli accusations that it has supplied Hezbollah with scud missiles, saying the claim was made primarily to damage the chances of a comprehensive peace deal and could even be a pretext for war. 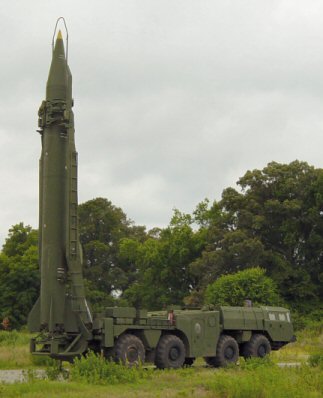 In addition to damaging the already negligible chance of peace talks between the two sides, the accusation has also done serious damage to the possible rapprochement between Syria and the US, which has announced it is delaying the appointment of a new ambassador to Syria over the Israeli accusation.

But the accusation has additional severity for Lebanon, which has over the past several months been faced with the prospect of another Israeli invasion, something Israeli officials have insisted is “only a matter of time.”

The issue may be a complicated one, as Syria’s denial and Israel’s claims come with an as-yet unconfirmed report in a Kuwaiti newspaper that Hezbollah actually received old, unusable scuds at some point. The group may have intended to use the parts in the creation of some of its own, lower range rockets.

9 thoughts on “Syria: Israel’s Scud Accusation May Be Pretense for Attack”