With the Obama Administration scrambling to dismiss last week’s WikiLeaks.org video of the July 12, 2007 US killings of two Reuters reporters and several other Iraqi civilians, the increasingly controversial site is poised to drop another video bombshell, this time on a much more high profile attack. 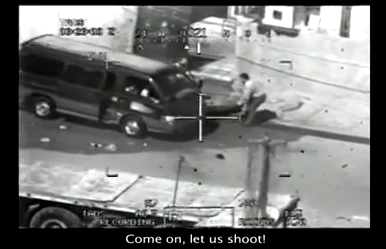 On May 5, 2009, US aircrafts bombed a number of homes in the Afghan village of Abdul Basir Khan, in Farah Province. The death toll according to Afghan officials was upwards of 140 civilians.

The Pentagon initially claimed that the entire incident was made up and that the Taliban had pre-killed all the civilians and stored the bodies in buildings before tricking the US into bombing those buildings. They later conceded to have killed 26 people, but insisted that “no one will ever” know the exact numbers. They also claimed that the planes had no idea any civilians were in the area.

Exactly what is on the video is unknown at present, but last week’s video showed that military claims that the Reuters employees were killed in a “battle” were shown as demonstrably false, as there was never a battle and the helicopters clearly attacked a group of people walking casually down the street.

Since the release of the video WikiLeaks’ profile has grown enormously, but so has the harassment it faces from the intelligence community. The group says that its employees are under growing surveillance and one of their volunteers was even detained by police for 21 hours.

24 thoughts on “WikiLeaks 2: Wrath of Farah”