Six years after the scandal that shocked the nation and left seven members of the group convicted of mistreatment of Abu Ghraib detainees, the 372nd Military Police Company will soon be sent back to Iraq. 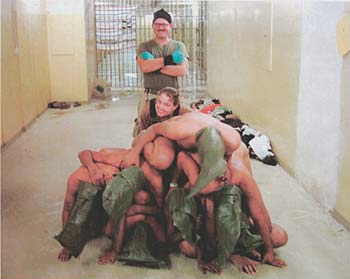 According to an Army spokesman, the unit will be sent to Fort Bliss, Texas, for training later in the month, and will be sent back to Iraq some time in the summer. The Army insists they have full confidence in the unit, and noted that very few of the members from 2004 are still in the unit.

The reserve unit was initially formed in World War 2, and served in Iraq in 2003 and 2004. The nation has only recently been reactivated, after over five years of reserve status.

The seven convicted members of the company faced charges including sexual, physical and psychological abuse of prisoners of war. Of the seven only one, Charles Graner Jr., remains in prison.