With Ukrainian President Viktor Yanukovych in high profile meetings in the Russian capital of Moscow today, it is more clear than ever that he is intent on repairing ties between the two nations, strained in the years under former president Yushchenko. 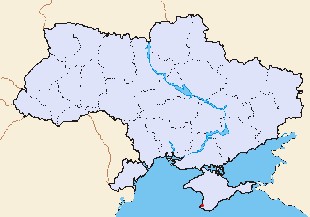 But far more important than the meeting was a decree issued by Yanukovych today, in which he announced the dissolution of a government commission whose sole purpose was to secure Ukrainian membership in NATO.

NATO membership was long sought by President Yushchenko, who was voted out of office in a January election, and was vigorously opposed by Russia, who was loathe to see a traditional ally, and one with such a long, important border, join the rival alliance.

Yanukovich and his government won the election primarily with support from the Russian-speaking population in the eastern Ukraine, and his government is looking to further cement their abandonment of the NATO ambition with a law that will officially bar it from joining them in the future.

The move may forestall the confrontation over the Crimean port of Sevastopol, the seat of Russia’s Black Sea fleet for centuries and still rented by the Russian navy. If Ukraine was to join NATO, the former government made no secret of its intentions to oust the Russian from Sevastopol and potentially hand the port over to the alliance as a new NATO base in the region.