Tensions between Afghan President Hamid Karzai and the Obama Administration seem to be growing by the minute, with a weekend speech in which Karzai threatened to join the Taliban fueling resentment on both sides. 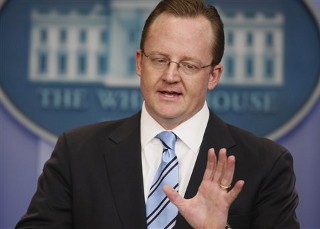 Speaking with the BBC today, Karzai reiterated one of his many accusations, that the United States had attempted to rig the August election as part of an international conspiracy to deny him a second term in office. The accusation has been particularly galling since Karzai won the election on the back of over a million fraudulent votes cast on his behalf, and the Obama Administration defended the decidedly crooked Karzai victory as “legitimate” from the start.

Increasingly Karzai’s anti-West comments are followed up by angry anti-Karzai comments by the Obama Administration. Press Secretary Robert Gibbs expressed “frustration” with Karzai today, while the State Department advised him to watch what he says in the future.

Karzai’s faux-outrage at Western interference is nothing new, but the first indication that this rift could be moving beyond rhetoric came today, when Karzai canceled a planned visit to a NATO base in Kandahar province, a move US officials are calling a “victory for the Taliban.” 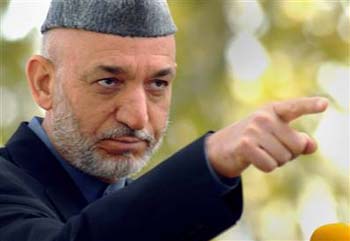 The increasingly bitter imbroglio comes as the US has been expressing growing disquiet over Karzai’s refusal to tackle the widespread corruption in the nation, and as Karzai’s allies insist the allegations of corruption are an invention of the West designed specifically to discredit him.

The issue seems to be finally coming to a head after nearly nine years of war as NATO eyes a massive military invasion of the Kandahar Province. Pentagon planners warn the invasion will require “wiping out” corruption in the provincial government, which is dominated by Karzai’s half-brother Wali Karzai. Despite warnings that he will cause “trouble” for the invasion, the Karzai government has insisted Wali will remain in place.

8 thoughts on “Could Karzai Become an Enemy of the West?”