As reports continue to fly about the ever-worsening relationship between the Obama Administration and Israel’s Netanyahu government, it is business as usual for the nations’ defense establishments, which today reached an agreement on a $210 million arms deal. 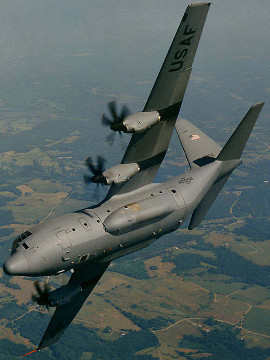 The deal will involve the delivery of three C-130J “Super Hercules” airplanes, which were manufactured specifically for Israel. The actual contract will not be signed until April according to officials.

Israel’s air force will take delivery of the planes in 2013, but they won’t actually pay for them. The entire cost of them will be covered by the US as part of its annual military aid to Israel.

The deal is just a drop in the bucket compared to the upcoming F-35 warplane deal, which is estimated to be worth over $3 billion. Israel is not expected to see any F-35 deliveries until 2014.

28 thoughts on “Despite ‘Tensions,’ US OKs Massive Arms Shipment to Israel”