Last week’s declaration of victory in the ongoing Israel row by Secretary of State Hillary Clinton appears to have been a short-lived win, and media claims that Prime Minister Benjamin Netanyahu had “bowed” to US demands appear to be premature. 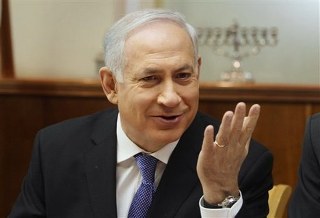 In his most recent public comments, Prime Minister Netanyahu reiterated that he would like to see the “indirect talks” with the Palestinian Authority resume, but that he absolutely would not ever agree to restrict construction in occupied East Jerusalem, the issue upon which the talks have stalled.

With Netanyahu on his way to the US for AIPAC’s policy conference, and expected to focus his visit on pressing President Obama for more advanced weapons with which to attack Iran, it was widely expected that the Netanyahu government would try to defuse the tensions over the East Jerusalem move, which US officials considered a public insult.

And indeed the tensions do seem to be dying down, though the only thing resembling a concession made by the Netanyahu government was to implement a “don’t ask, don’t tell” policy wherein the Israeli government would continue to expand settlements in East Jerusalem with impunity but would stop publicizing them at inopportune times.

But even if US-Israeli relations return quickly to normalcy, there appears to be no rapprochement forthcoming with the PA. This may serve as a recipe for the Obama Administration to default back to chastising the Palestinians for “refusing” negotiations (just two weeks after they agreed to those negotiations, only to see them torpedoed by the most recent construction), but it seems unlikely that it will restart the peace talks.

7 thoughts on “US ‘Victory’ in Settlements Row Short-Lived”