Though the company remains under a cloud of suspicion for its shoddy work in Iraq, the US Army today announced that military contractor KBR would be awarded a $2.8 billion annual contract for a variety of new support work in Iraq. 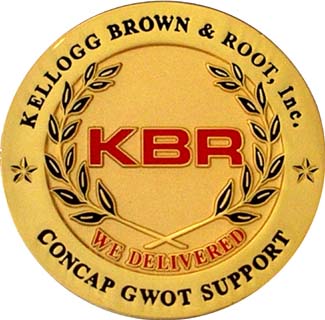 KBR’s faulty electrical work has been blamed for the death of at least one US soldier in Iraq, and over a dozen other electrocution deaths have also been probed. KBR said today’s contract was vindication that the “government recognizes KBR’s ability and expertise.”

Yet not all is well in the company’s relationship with the federal government, as only last week Congress denied the company $25 million in bonuses after ruling that they failed to meet a standard deserving of the bonus.

The KBR contract only covers a single base year, but includes options for up to four additional years, meaning it could keep them in Iraq through 2015. The fact that the military is keeping its options open for contractors in Iraq in 2015 is significant, as officials publicly insist all troops will be out by the end of 2011.