The Democratic Patriotic Alliance of Kurdistan (DPAK), the broad coalition of Kurdish political parties which in 2005 joined the coalition national government, netting themselves the presidency of Iraq, looks to be the big winner again in next week’s vote. 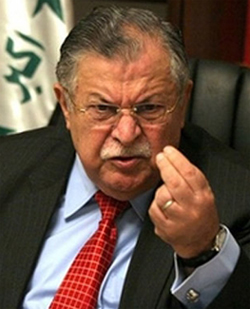 Polls suggest that none of the Shi’ite parties will be able to form a coalition government without DPAK, and the Kurdish bloc will be able to name its price bargaining with the various Shi’ite factions.

That price could be extremely dear, with the Kurdistan Regional Government (KRG) hoping to eventually annex the oil rich city of Kirkuk and portions of the Nineveh Province. The KRG’s lucrative oil contracts, long a bone of contention with the national government, would likely also be a key bargaining chip.

Kirkuk and Nineveh’s large Sunni Arab populations will likely make any deal much easier for a Shi’ite bloc which isn’t relying on any Sunni parties for segments of its coalition. The Iraqi National Alliance (INA), the bloc of the Supreme Islamic Iraqi Council and the supporters of cleric Moqtada al-Sadr, are seen by some analysts as a likely potential partner.

5 thoughts on “Kurdistan Likely the Big Winner in Iraq Vote”